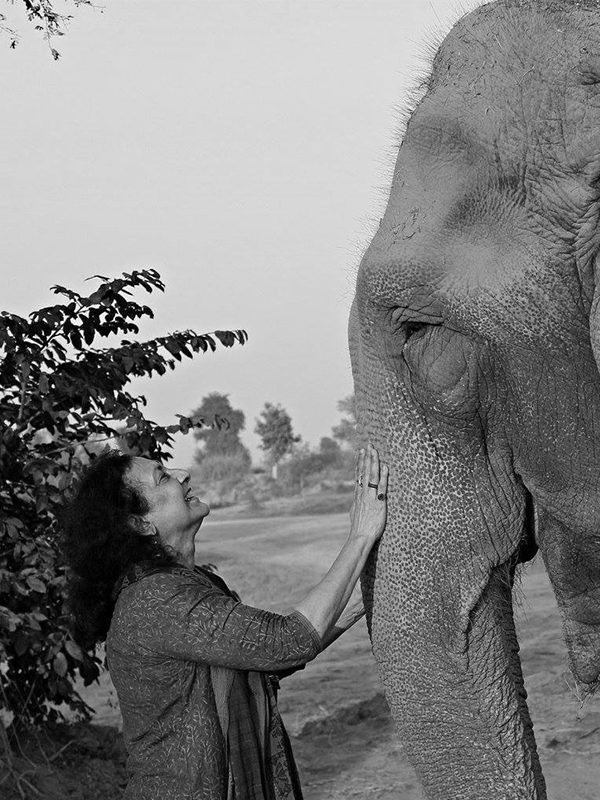 Geeta Seshamani is an active senior wildlife conservationist and animal rights activist. For over three decades, her life has been centred on the profound belief that man can coexist with animals and forests. She is the Vice President of Friendicoes SECA and also the Co-Founder and Secretary of Wildlife SOS.

Having witnessed the cruel treatment of stray dogs in New Delhi, she felt compelled to become their voice and champion their cause. In 1979, she became a part of Friendicoes SECA (Society for the Eradication of Cruelty to Animals), an animal rescue and welfare non profit, and currently serves as its Vice President. Friendicoes SECA began as a shelter for sick, injured animals or abandoned pets and has gradually grown into Delhi’s largest shelter for domestic animals. To- day, it has a hospice, outpatient department (OPD) and ambulance services, an animal sanctuary in Gurgaon and a mobile clinic for horses and donkeys. The organization runs five municipal corporation hospitals for spaying, neutering, and vaccinating stray dogs in Delhi and Gurgaon, to control stray populations of animals in a humane and scientific way.

In 1995, when Geeta witnessed a sloth bear being forced to dance while its owner begged for money in Uttar Pradesh, she joined forces with Kartick Satyanarayan to launch a 30 month long investigation to understand the problem and later that year Wildlife SOS was born. In a historic moment in 2009, Wildlife SOS was successful in bringing an end to the ‘dancing bear’ practise by taking the last dancing bears off the streets of India, while rehabilitating the Kalandar communities through education and alternate livelihoods. Today, nearly 40% of the Wildlife SOS staff comprise members of this community, who opted for a more sustainable future. She is now focused on tackling Bear conservation issues through biodiversity conservation, protecting sloth bear and black bear habitat and creating bear conservation and education programs to mitigate human-bear conflict in India.

Geeta has been a Member of the Animal Welfare Board of India, Central Zoo Authority, Govt. of India and has received several lifetime achievement awards and felicitations for
her work in the field. Geeta has been felicitated with the prestigious “Pehal Award” by Zee News (2004), the Planman Media Award for Environmental Activism (2009), the Karamveer Puraskar Award (2009), Limca’s “People of the Year” Award (2014), and is a two-time winner of The Elisabeth Lewyt Award for Disaster Management and Planning. Geeta received the Wockhardt Foundation prize for Human Rights Popular Award and she was featured amongst the ‘Women of Pure Wonder’ in the Vodafone 2016 book of the same title. She also received the San Diego Zoo Global Conservation Medal for “Conservation in Action” (2018) and was felicitated with The Maharana Udai Singh Award, 2019, for conservation, and community rehabilitation work. She is the co-author of ‘Dancing Bears of India’ and ‘Trade in Bears and Their Parts in India: Threats to Conservation of Bears.’ A lauded guest speaker at innumerable global conferences, Geeta demonstrates her lifelong devotion to the protection and well-being of all living things tirelessly.