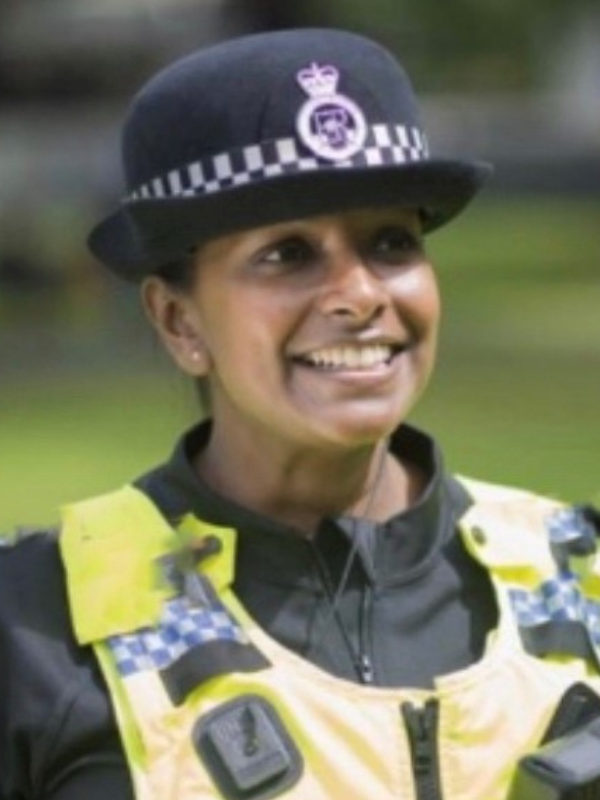 Born in Sri Lanka Zoë Hingston has lived in the North East for most of her life. After originally pursuing a path to be a Solicitor she decided to change career direction and become a Police Officer which she has done now for 16 years working in a variety  of roles within Northumbria Police.  Currently she is the Force lead for Positive Action where she continues to make a significant impact by accelerating the equality agenda. Zoë consistently dedicates her time to empowering, supporting and inspiring others to realise their true potential. Through her work she has championed the removal of barriers for those from under-represented groups coming into the public sector and has challenged her organisation to be the best it can be. Her leadership has transformed how the Force recruit and retain those from under represented backgrounds in particular from a Black, Asian or Minority Ethnic background with a significant increase over the last few years. Her scope is far reaching and she is keen to tackle the most challenging of issues.

As Chair of Northumbria Police’s Ethnic Minority Association and General Secretary of the National Black Police Association, she influences both the regional and national policing agenda to provide a strong platform for the voices of her members as well actively working to improve the wellbeing of staff, officers and volunteers. Through her collaborative approach, Zoë strengthens relationships within community groups and other local organisations often bringing people together to showcase what the North East has to offer.

It is this passion and dedication which led to Zoë’s recognition on the Northern Power Women Future list as a regional role model and as well as the Public Sector winner within the ABC Awards. Zoë uses her lived experiences as a positive to personally empower others and ensure that those around her benefit from cultural and diverse thinking.

Zoë is a true visionary leader, with a forward thinking attitude who has made positive and lasting changes in her organisation and importantly to the communities she is so very passionate about and committed to.